It happened. I was in deep lust with a man who owned a Sports Chiropractic Clinic.  Not only did Dr. D have one of the most successful practices in my thriving metropolis, he was also a published author.

His practice had one other chiropractor, a front desk associate, a massage therapist, and 2 Naturopathic doctors.  All in all, before 40 he was a huge success and although I am sure financially very well off- it was his essence I felt myself falling for.

Not only was he attractive, but he his entrepreneurial spirit had me hooked.  Happy-go-lucky with a driven attitude, I had many a late night chats with my girlfriends that there was something “real” between us.  When it came to disclose, he was fascinated and actually knew what Cystic Fibrosis was and furthermore- didn’t care.  He wanted to help.

One night, he even gave me an adjustment so my spine would feel better. I felt that we had the possibility of really creating a “partnership” in life.  Not just as a happy couple, but he brought up the fact I could work for him potentially one day helping him with marketing and social media. We’d be a powerful couple.

We found each other online and for our first date, I convinced him to bring Chinese takeout to the hospital where I was on day 9 of 14 for a recurring lung infection.

Yes ladies, the articles you read on this blog will help you learn how to have a successful first hospital date. I unapologetically got game.

He walked in to my room where the nurses had brought extra plates and forks, arranged on my tray table.  And we laughed until I coughed.  Then, we decided to go for a long walk around the corridors and talk about our hopes, dreams, futures. We lamented about how our past relationships failed and what hopes and intentions we carried in to whatever our next relationship would have.

After my release a few days later, he took me camping in the mountains with his friends- where we made a fire and kissed for hours under the stars.  We drank beers and listened to country music as the flames flickered and we huddled closer as the temperatures dropped.  Shortly after, we went to Universal Studios in Los Angeles for Christmas, sipping hot cocoa watching the Grinchmas carolers. I felt I had found the one man who understood my condition and wasn’t bothered by it.

We spent every night for months texting/calling/laughing.  Every morning there was a “have a wonderful day, beautiful” message on my phone and every night he called to wish me sweet dreams.  When my phone broke, he bought me a new Iphone.

And the s*x, damn it was delicious.  Slow, methodical, sensual. The kind where you know it won’t be over in 4 minutes and yet you wonder how much you can actually take.

He was really something and I started to actually believe that this may be the man for me.

It is one thing to meet the love of your life at a hospital, enjoy numerous dates, and have slow, sensual intimacy under the stars in a tent on the mountain- but it is another to share your vulnerable moments.

It was a Tuesday like every other.  Hungry and exhausted from our days, we elected for a super casual night at Chili’s down the street.  We sat at the bar high top, he was making small talk about his practice and I was making small talk about what I saw my future as.  I’ve known my career was fading for awhile, after my third hospitalization (4 weeks at a time) in a year, reality was hitting me that I just couldn’t maintain work/life balance the way I once could.

Soon, I would file for social security disability and give up any hopes I had of finding a career that inspired me.

Just at the point I mentioned I wanted to get more involved in public speaking and writing a blog about CF, he sighed and said “I wish I had some disease card to play.  My life would be so much more successful.”  The love I felt building for him, disappeared in an instant.

Playing the disease card…four words that I spent a lifetime trying to avoid. I held down a career before hospitalizations wiped it out. I went to college, before I realized I won’t live long enough to pay off the debt. I am self sufficient to a fault because I fear being a burden to loved ones.

Casually, as if the weight of his words didn’t gut me, I asked what he meant.  Explaining that if he had a disease, he could file for all kinds of programs and spend his life public speaking- he would make so much money and be able to capitalize on that. It dawned on me, 11 years in medical school and this man, understood nothing about the disease process.  Cystic Fibrosis isn’t a card I can play to idly make money touring the country while it lives dormant inside me. Cystic fibrosis is the card I was dealt and had to develop a thick skin because while I was burying my friends, he was mocking my apparent privilage.

After he paid we went back to his place, which wasn’t all that uncommon.  In fact- let’s be honest here.  I love going back to a man’s place.  No muss. No fuss.  I get what I want and I can leave after a light snack.  I can use their expensive shampoos and conditioners as I am cleaning off- and usually the bed is more comfortable than mine anyways.

One problem…I couldn’t get in to it after his words.  I tried. I thought of Channing Tatum, George Clooney, Brad Pitt…I thought of that one guy (name can’t remember) at that one condo on New Smyrna beach.  I started pretending he was my very own Christian Grey…

But, as his lips slowly kissed mine, my stomach churned.  Not wanting to look him in the face, I got on my knees instead and begged for him to make it hurt tonight.

I never wanted to play the sick card in my life. I didn’t have the words or the energy to start a fight that I knew would never end.

Tonight was no longer going to be soft and intimate. It was going to be full of all the anger I have ever felt for anyone who mocked my cough.  26 years of suppressed anger and hatred of my body, as I hid the pain I wasn’t like the other girls I so desperately wanted to be like, forced me into what was perhaps, the most hardcore experience I’ve ever had.

Pinning me down, biting his neck, being lifted, tossed, pounded.  No eye contact, just sheer animalistic actions.  Pretty sure I told him I hated him at one point, as the words escaped my lips, I realized the pain in them was that they were true.

Moment after moment I oscillated between anger, hurt, frustration… the words “play the sick card” tumbling in my mind on repeat as I clawed and embraced the pain.

After a good half hour, I got up to shower and presoak my hair in a dallop of $75 conditioner. Inhaling slowly in the hot marble shower, I felt it.  A dull ache on my right side.  “Here comes the cough” I thought.

A wretched hacking ensued.  At first I could hide it under the sound of the pounding water, but it escalated.  Dry, hacking, painful, wet, spit, and…blood.  Hemoptosis.  Blood escaping my mouth rapidly, sinking into the drain as I debated turning the water off to collect the evidence or leaving it on to save my embarrassment.

I wanted to say, “No bitch, I’m playing the CF card”.  But that would do me no justice just I settled for “no.  get me a ziplock bag”.

There was no way I could drive home and no way I was going to let the doctor take me to the ER.  I crawled into his bed after putting on my clothes.  He politely asked if he could anything, more out of not knowing how to reply as I walked out of his bathroom, in a towel, carrying what looked like a blood transfusion bag.  I smiled and said nothing.  “I guess I’ll just lay here and be pretty.” He let out an awkward laugh.

I saved about 2 ounces of blood from my chest that night.  Wrapped in ziplock, covered in dark takeout tin, sealed in refrigerator. While he was sleeping, I got up and ubered to the ER.

Rough s*x, make it hurt lyrics from Ludacris screamed through my head.  And for a moment I wondered if Ludacris ever fucked a woman with a chronic condition. Luda…baby…you have no idea.

….I haven’t seen the doctor since….

Empowering women with chronic conditions to take back control of their lives during the tough times through personal growth strategies. Created by inspirational keynote speaker and author Klyn Elsbury, who also happens to thrive with cystic fibrosis and diabetes. View all posts by sicklyconfidential 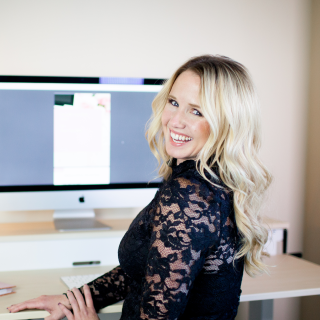 Empowering women with chronic conditions to take back control of their lives during the tough times through personal growth strategies. Created by inspirational keynote speaker and author Klyn Elsbury, who also happens to thrive with cystic fibrosis and diabetes.